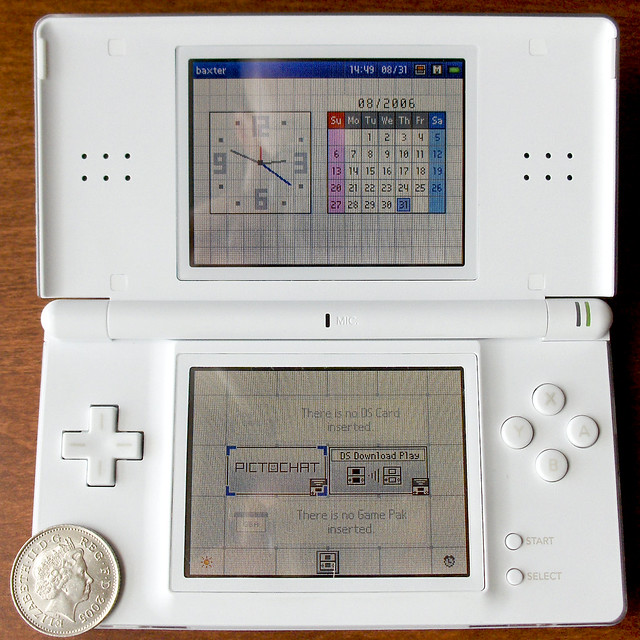 The DS Lite was released in Japan recently. The white version came out on the 2nd of March, while the coloured versions (Ice Blue and Enamel Navy) were released on the 11th of March.

Nintendo have said that they can only ship 450,000 units in March. So far all versions of the DS are sold out in Japan (including the original DS). According to DS Fanboy Nintendo managed to shift 68,438 DS Lites and 49,118 regular DSs in the first week of March. That's over 100,000 DSs in one week.

The DS Lite itself is gorgeous. Cabel has produced two great videos showing the differences between the DS Lite and other handheld consoles. Definitely worth a look :)